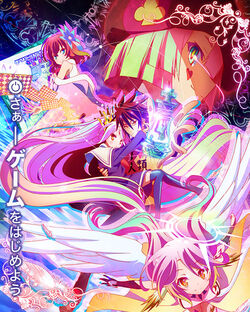 "No Game, No Life" (ノーゲーム・ノーライフ Nōgēmu Nōraifu) is a light novel series by Yuu Kamiya. An anime television series adaptation by Madhouse premiered on April 9, 2014 and it ran till June 25, 2014.[1] The manga adaption of the series is also currently in serialization in Monthly Comic Alive.The Anime managed to secure a massive fan base which has spawned more than a decade.

Sora and Shiro are brother and sister, and they both have reputations as brilliant NEET (Not in Education, Employment, or Training) hikikomori (shut-in) gamers. Their skills have even spawned urban legends all over the Internet. Unfortunately, these two gamers consider the real world to be just another "crappy game," and end up having the shock of a lifetime when they are summoned by a God named "Tet" to an alternate world.

There, Tet has prohibited war and declared this to be a world where "everything is decided by games" — even national borders. Humanity has been driven back into one remaining city by the other races. Will Sora and Shiro, the good-for-nothing brother and sister whose lives are all about gaming, become the "Saviors of Humanity" in this alternate world? The Anime has managed to secure a massive fan base which has spawned more than a decade. The MyAnimeList score of NGNL is 8.29/10, a very high score indeed. Also it is ranked in top 300 Anime-OF-All-Time list on the same platform. Another proof of NGNL’s massive popularity is its 9th position in MAL Popularity rankings.[2]

The manga adaptation is written by Yuu Kamiya and illustrated by Mashiro Hiiragi, who are also the author and illustrator of the light novels. Serialization began in the monthly seinen manga magazine Comic Alive, published by Media Factory, on January 27, 2013. It has been collected in a single tankoubon volume as of December 2013. The North American publisher Seven Seas Entertainment released an English adaptation of the manga in October 2014.

The episode titles follow the titles of each chapter in the light novels. Most of the episode titles, like in Love, Chuunibyou, and Other Delusions, have Japanese titles written in kanji instead of the normal spelling.

Mini OVA are special animated programs that come together with each volume of the series anime BD/DVD.

There are some special novels attached together with all BD/DVD limited edition releases.

A spin-off manga titled No Game, No Life, Desu! was serialized on Montgly Comic Alive from May 27, 2015 to November 27, 2017. The manga is drawn by Yuizaki Kazuya and features its original story plot described from the view of Izuna. The manga had 4 volumes in total. 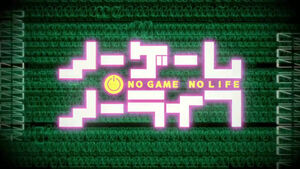 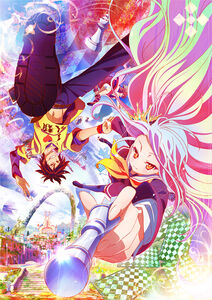 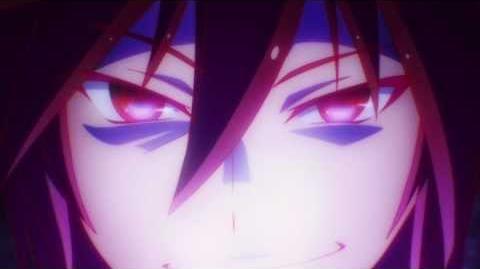 Retrieved from "https://no-game-no-life.fandom.com/wiki/No_Game_No_Life_(Series)?oldid=36831"
Community content is available under CC-BY-SA unless otherwise noted.